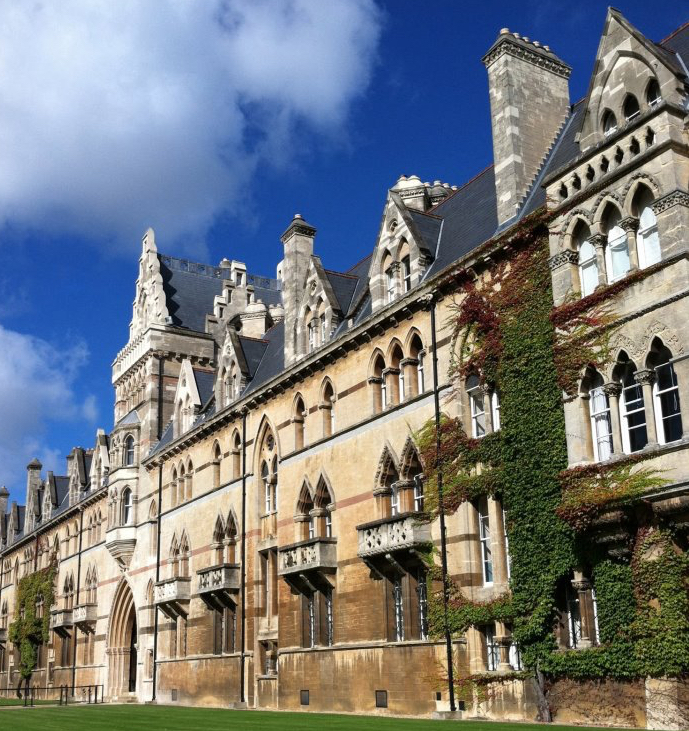 It seems that Oxford has a little of everything named after it. There’s the Oxford comma, the Oxford Dictionary, and even Oxford Street, London’s busiest shopping street. Perhaps it’s fitting, then, given Oxford Street’s association with shopping, that three of Oxford’s namesakes are fashion related: Oxford shoes, Oxford shirts, and Oxford bags. Why, then, does Oxford have such a strong relationship with fashion? 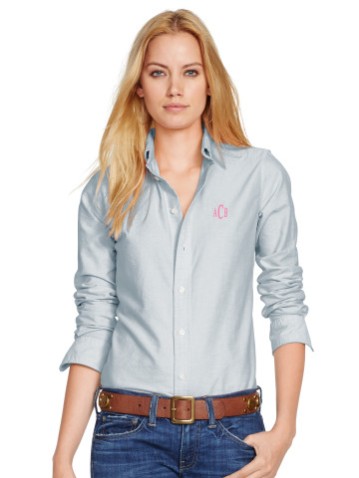 Incidentally, two of these items – the two items that have survived to today – may not actually have their origin at Oxford at all. Oxford shirts actually originated in Scotland in the nineteenth century. At this time, Scotland was where all of the best men’s shirts were produced at fabric mills, and those mills began to experiment with weaves to create new fabrics. At one time, they decided to name the new fabrics after four elite universities: Harvard, Yale, Cambridge, and Oxford. With its detachable collars and cuffs and unique basket weave using two different strands of yarn, the Oxford shirt was the only four to survive. Today it’s still a popular style for men as its versatility lends it to both casual and formalwear. Women have since appropriated the fabric and the style for themselves (I’m currently wearing a women’s Oxford shirt as I write).

Oxford shoes, on the other hand, may have gained popularity at Oxford. The shoes, which are characterized by their closed lacing that creates an effect of being made from one piece of leather, has two competing histories. In one story, the shoes actually originated in Scotland (we’re sensing a pattern here) and are sometimes referred to as Balmoral shoes there. In the alternative history, the shoes evolved from boots. Those boots had side slits that eventually made their way to the front and then into laces. The boots were later shortened into shoes and, according to Poppy Barley, the shortened style became popular with Oxford Uni students “who had tired of the fussiness of boots.” The style has actually been around since the 1640s, and when embellished, are called Oxford brogues – but only when they’re embellished. Otherwise, they’re just Oxfords and one of the smartest shoes in a man’s wardrobe (think Colin Firth in Kingsman: The Secret Service). To quote Poppy Barley, “Let’s appreciate the irony that what is today considered the most formal of men’s shoes is likely the product of rebellious college kids hundreds of years ago.”

Apparently, Oxford has many rebellious students expressing their rebellion through dress. The only style that had a definite origin at the university was also designed to express recklessness. The Oxford bags, also the only of the three styles not to survive to today, emerged at Oxford University in 1924. A pair of baggy, loose-fitting trousers with abnormally wide legs, they rose in popularity at the university before spreading to their American counterparts. Part of the generation that brought us flappers and Bright Young Things, the style didn’t survive the decade, but it’s yet another fashion named after the prestigious university.

Today, we don’t associate Oxford with fashion or style. But maybe we should give it some more credit. Two of the most classic menswear styles of today are named after the elite university. Maybe they have more style than we think.