One of the best things about British sports is that you’re expected to get dressed up for many of them. There’s something charming and romantic about a group of smartly dressed spectators sipping champagne while they cheer on their favorite player or team. While not quite as formal as Royal Ascot, Wimbledon is one of those opportunities to turn out like a proper English Rose just to watch a good game of tennis.

Fashion and tennis have always been intertwined, but it’s the spectators that draw attention at Wimbledon. Over the past few years, we’ve come to expect nothing less than polished summer style from frequent spectators Kim Murray, the Duchess of Cambridge and Pippa Middleton. These three women never disappoint as they sit court side. While these three dedicated tennis fans usually make at least one appearance, other celebrities join them throughout the tournament.

While Wimbledon style can vary year-to-year and even from day-to-day, there’s a consistent theme of ladylike elegance. Florals and tennis whites nearly always make an appearance, and these high-profile spectators often opt for light dresses in the (sometimes) summer heat. But what’s important is a polished English Rose look.

Pippa Middleton at Wimbledon, 2017 via Hello! 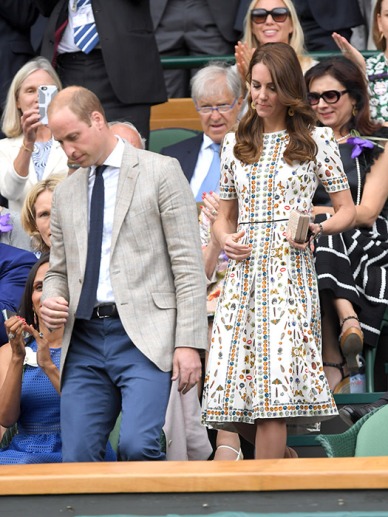 The Duchess of Cambridge at Wimbledon, 2016 via Hello!

The Spring/Summer 2017 runway offered many looks that could have been designed with Wimbledon in mind. For a fun, bold style look no further than Christopher Kane. The fun, sixties-ish oversized flowers on mini dresses and skirts make for a standout spectator style. Meanwhile, Orla Kiely, known for her similarly oversized florals, has many options but this pretty white dress trimmed with sunflowers makes for a sunny, simple look. Though thoroughly American, Pippa Middleton-favorite Kate Spade New York also has the perfect Wimbledon attire from bright white lace dresses to this casual white dress with black floral trim that checks all the Wimbledon boxes. White ✔️ Florals ✔️ Want to take that English Rose look literally? This pretty skirt ensemble lets your rosy disposition shine.

But if you’re looking for a really standout Wimbledon look, head to Roksanda. This flowing, full-length dress also checks the white and floral boxes but in an updated and modern way. The white dress is adorned with a giant flower with simple accents in a deep navy and bright yellow. But an even more modern take on Wimbledon style? Try this stark white, tie-front jumpsuit. Ace! 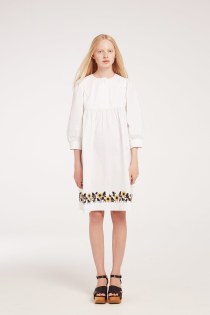 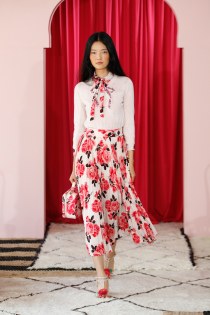 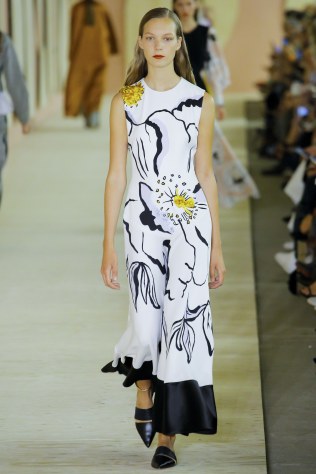 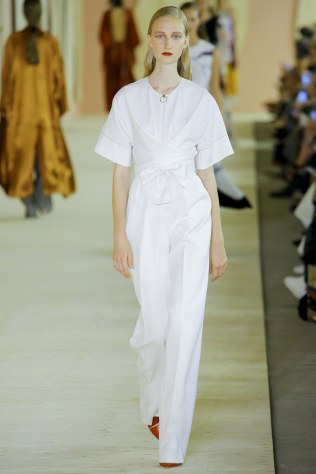 One thought on “Fashion Moment: Wimbledon”